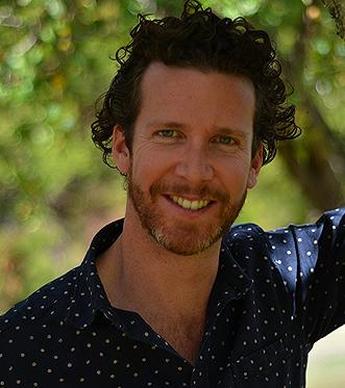 Australian Baritone Brett Carter studied Classical Guitar and Voice at the Western Australian Academy of Performing Arts. He then became a member of the Australian Opera Studio where his roles included Mozart’s Conte Almaviva, Don Giovanni and Britten’s Tarquinius. After receiving a Scholarship to participate in the Cincinnati Music Festival in Lucca, Italy, he then went on to become a Young Artist with Opera Queensland. During this time he received first prize in the German Australian Opera Grant and from 2007- 2014 was a member of the Hessischen Staatstheater in Wiesbaden.

His roles with the company include Mozart’s Papageno, Guglielmo, and Masetto, Figaro (Il Barbiere di Siviglia), Malatesta (Don Pasquale), Puccini’s Schaunard and Ping, Falke (Die Fledermaus), Harlekin
(Ariadne auf Naxos), Bill (The Rise and Fall of the City Mahagonny), Ulisse
(Il ritorno d’Ulisse in patria), Mercurio (La Calisto), Leander (The Love for Three Oranges), and Ramiro (L’Heure Espagnole). In 2008 he also made his debut with the Staatsoper Stuttgart as Allazim in Mozart’s Zaïde and in 2010 in a new production of Pizzetti’s Murder in the Cathedral with Oper Frankfurt.

In Summer 2012 Brett made his debut with Victorian Opera in a new production of Le nozze di Figaro as Conte Almaviva. Since the 2014/15 season, Brett is a member of the Staatstheater in Mainz where his roles include Figaro (Il Barbiere di Sivigilia), Barone Douphol (La Traviata),  Valentin (Faust), Marco (Gianni Schicchi) and Carmina Burana in Mainz. In Season 2016/17, Brett makes his role debut as Marcello (La Boheme) and Demetrius (A Midsummer Nights Dream) in Mainz. In Summer 2016 he will sing with Opera Queensland in a new production of Il Barbiere di Siviglia.